Center for Community Solutions (CCS) will host the 10th Annual Chef Showdown, on Thursday, September 18 at the San Diego Harley Davidson on Morena Boulevard. The fundraising event kicks off Domestic Violence Awareness Month, which is held in October throughout the country. This one-of-a-kind culinary event will benefit the programs and services of CCS, a San Diego nonprofit that provides advocacy, legal support, healing and prevention services for survivors of domestic violence, sexual assault and elder abuse.

Chef Showdown is a highly anticipated & incredibly fun food tasting and mixology event. San Diego’s own version of “Iron Chef” features two teams of the area’s top chefs in a lively and highly entertaining culinary competition. This event brings together members from the restaurant industry, business leaders and philanthropists to raise awareness and funds to end domestic violence.

What’s not to love?! This is an event not to be missed! Amazing San Diego chefs will compete to bring you amazing flavors all while supporting an important cause.

The judges for the competition are Chef Bernard Guillas from The Marine Room, Restaurateur Ingrid Croce, Celebrity Chef Brian Malarkey, Executive Chef Paul McCabe, and Executive Chef Flor Franco from the newest restaurant in the Guadalupe Valley, Convivia Artesanal. In addition, two judge spots will be available to bid on during the live auction portion of the evening. Emmy Award winner Sam Zien from the famous television show Sam the Cooking Guy will host the competition.

Chef Showdown is co-chaired by Isabel Cruz, Executive Chef and Owner of Isabel’s Cantina, and Dee Dee Castro, Community Relations Manager from Viejas. Most importantly, Chef Showdown is also a fundraising event with a net income goal of at least $100,000 which will go towards supporting the Center for Community Solutions. Over 600 supporters including individuals, businesses, corporate sponsors, political and community leaders attend the culinary event to enjoy the chef competition, taste an array of delectable creations from more than 20 restaurants, sample a variety of wines and bid on auction items.

About Center for Community Solutions

Founded in 1969, Center for Community Solutions assists more than 11,000 women, children and families affected by domestic violence, sexual assault and elder abuse each year. CCS operates the only Rape Crisis Center in the City of San Diego along with a 24-hour bilingual crisis helpline as well as hospital and court accompaniment services for rape survivors, legal and advocacy for domestic violence and elder abuse survivors, and prevention and education outreach to youth of all ages. CCS provides two 24-hour emergency shelter and transitional housing programs for victims of domestic violence and their children.

Join me and your other San Diego culinary lovers at this amazing event!

Content, images and tickets were provided for media consideration. All opinions are my own. 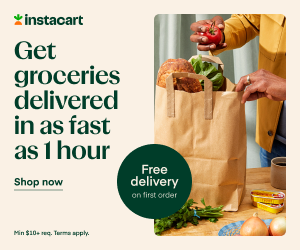